Much has been written about Super Metroid in the decades since its release.  It has been called a classic, a masterpiece, and groundbreaking.  And all of it is true.  It is rare that a game that has attained legendary status can live up to that hype.  But in this case Super Metroid does so in spades.  I looked forward to Super Metroid for a long time and had to spend an entire summer waiting to play it.  The wait was worth it however.  This is one of the greatest video games of all time and one that has spawned an entire genre.  Not many games can lay claim to that.

Super Metroid directly follows the events of Return of Samus.  After wiping out all but one of the Metroids on their home planet Samus delivers the lone baby Metroid to the Ceres Space Colony.  The researchers there try to harness the Metroid’s powers to create an unlimited energy source.  Their work is interrupted when they are attacked by the space pirates with Samus in pursuit.

There are many games that tell a story without saying a word and Super Metroid does so beautifully, not just in its opening act but all throughout.  There are dead bodies that tell a tale of their own.  The Wrecked ship is haunting in its desolate atmosphere and it soon becomes obvious that it was transporting something that shouldn’t have got out.  If you look closely at its flickering monitors it even warns of Metroids.  There is a sense of finality to your battle with Ridley which comes appropriately toward the end of the game.   And the entire final battle with Mother Brain is one of the most cinematic climaxes in gaming history.  Even today, twenty five years after its release, it still manages to elicit an emotional response.  Now if only later games in the series would have followed its example.

Although the genre is ubiquitous now back in 1994 the Metroidvania was still unexplored territory.  Super Metroid wisely takes stock of what did and didn’t work in the prior two games and improves on them considerably.  The most significant addition is an auto-map.  As you progress the game automatically creates a map of your surroundings as in the Legend of Zelda.  This was the biggest frustration with the original and it makes the game more accessible.  Taking it a step further are waystations that give you a general map of the current area.  Secret rooms and shortcuts are still hidden but it makes a world of difference.

The atmosphere of the game is like nothing else.  Upon landing on Zebes the planet seems desolate.  There are no enemies and almost everything mechanical doesn’t function.  The creepy music aids in creating the mood that something will go wrong at any moment.  Indeed, that feeling rings true once you pick up the morph ball from its familiar pedestal.  That one innocent act alerts the space pirates to your presence and the world comes to life.

Unlike prior games in the series that dumped in you the world with no guidance Super Metroid guides you to your first few upgrades.  The pacing of the game as a whole is exemplary.  Within the first hour you will have received the morph ball, a few missile upgrades, an energy tank, super missiles and the charge beam.  Most games in the genre heavily space out their upgrades, letting them serve as rewards after a significant amount of progress.  Super Metroid goes for a different tact, regularly serving up new gear that builds on one another.  That is because your equipment serves as more than just a means to kill enemies faster.  Each new upgrade has multiple uses, some that are obvious and others hidden.  Discovering them is half the fun.

The list of upgrades is full of familiar power-ups and incredibly smart additions.  The wave and ice beam are joined by three additional shots: the spazer, plasma beam, and charge beam.  The charge beam is self-explanatory, the spazer shoots through walls, and the plasma beam is just all around powerful.  These weapons stack and you have the option to turn certain powers off, not that it is ever necessary.  Even the missiles and bombs have upgrades.  Super missiles live up to their name and if used right can trivialize the toughest boss battles.  Power bombs will expose any destructible blocks in the area.  The fan favorite Screw Attack also returns although you won’t see it until the end of the game.

As much as I love the numerous weapons it is the supplementary upgrades that really make exploration special.  The grappling hook is found midway through the game but becomes indispensable in short order.  It can double as a weapon if need be and can latch on to certain enemies.  The speed booster is insanely fun to play around with and has various special techniques such as shinesparking.  It also makes backtracking less of a chore.  Possibly the greatest addition is the X-Ray scope.  The x-ray beam allows you to scan the environment, revealing hidden items and passages.  For completionists it is mandatory even though you have to go out of your way to find it.  The game hides its secrets extremely well and while tedious scanning will make you appreciate the level design even more. 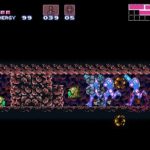 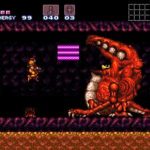 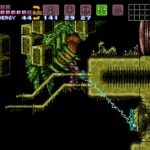 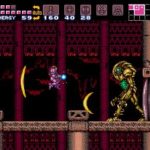 Super Metroid is a master class in map design and still remains high above later games in the genre.  The game never outright tells you where to go but instead subtly leads you to your next destination.  The overall map is possibly only slightly bigger than Metroid 2 but it is much more dense.  Nearly every room has some hidden item or passage for you to discover.  It is downright clever where they have placed certain items; sometimes they are right under the door!  Even though the game leads you somewhat the desire to revisit prior areas is strong whenever you find a new item.  There is no fast travel because it isn’t necessary.  There are shortcuts and connective tissue everywhere, many aren’t even obvious until later in the game.  Even with the march of technology many of today’s games could still learn from this classic.

With its excellent pacing, subtle guidance, and quality of life improvements Super Metroid respects your time and doesn’t overstay its welcome.  The game moves at a brisk pace yet never feels like it is rushing you through its content.  The desire to go back and fill in the empty spaces on the map is strong and there are rewards for it.  While the game can be completed in as little as three or four hours most will probably take double that time without a guide.  Even when you are done there are still reasons to back such as multiple endings and secret techniques like the crystal flash and the various bomb techniques.  I’ve replayed this numerous times over the years and still discover something new every time.

Super Metroid is one of the greatest games of all time and one of the most influential.  It deserves all of the accolades it has received and then some.  This is the definition of a classic. 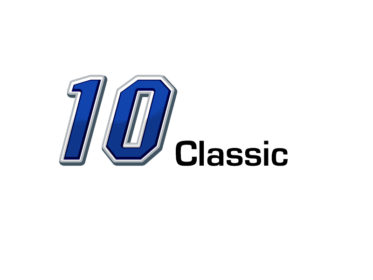 Developer: Westwood Studios    Publisher Virgin Interactive    Released: 1994    Genre: Platformer For as much as we praise...

Neugier – Umi to Kaze no Kōdō